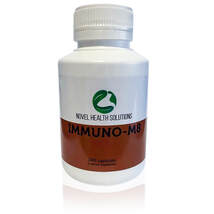 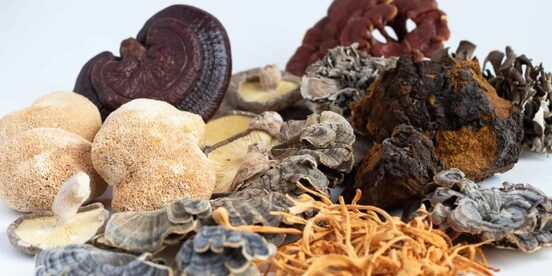 
Mushroom Capsules: What They Are, Why are they good for you.

WHAT ARE MUSHROOM CAPSULES

If your looking for information on mushroom capsules then you must already know that mushrooms are good for your health, you’ve probably read all about medicinal mushroom extracts and powders.

Don't get confused as not all mushrooms are the same. Unlike many of the mushroom powders you maybe able to find at your local grocery stores, these capsules aren't for adding flavor to food or cooking with.

You can use mushroom powders in cooking recipes but we are not talking about cooking here we are talking about the health benefits of mushrooms.

Capsules are very convenient alternative to eating large amounts of medical mushrooms with no mess or having to deal with the taste if you dont like mushrooms that is.

Mushroom capsules are a great way to get all the amazing health benefits of mushrooms.

Mushrooms you take for health reasons, however, have higher quantities of phytonutrients and antioxidants- but their flavor isn't so appealing to cook with.

Reishi, turkey tail, chaga, and many others are known as functional or medicinal mushrooms due to their high levels of beta glucans and other important health giving nutrients.

Instead of fresh, you can buy extracted and highly concentrated versions of these medicinal mushrooms that are conveniently put into capsules for easy consumption.

The mushrooms chosen for inclusion into a good mushroom capsule should promote good health and have immune-supporting potential.
With medicinal mushroom capsules, you can easily get beta glucans, potassium, B vitamins, and important antioxidants you can take everyday.


What are Mushroom Capsules Made From?

Not all mushroom powders and capsules are the same.

Many Cheaper are made from a different part of the mushroom called mycelium, which grows in rice grain- so the final product only contains trace amounts of the substances you want, and high levels of starch. This method of production of favored by many manufactures as its a lot cheaper than growing fruiting bodies that take longer to grow.

With extracts, you'll consume concentrated versions of the mushroom- making your mushroom capsules super low-calorie and perfect for all diets.

The best mushroom capsules on the market contain a mix of different mushroom powders that work together to give greater benefits then when used alone.

Keep an eye out on ingredient lists to avoid fillers like brown rice, mushroom mycelium on grain, or wheat we never use any of these.
Some brands will also add what's called a flow aid. Many manufacturers add flow aids to improve the capsuling process. It isn't bad to use flow aids- but it's an extra ingredient that may do nothing for your health just take up room in the capsules instead of using other ingredients that have health giving effects.

Basically, you don't always know what you're consuming with flow aids so it's best to avoid them if you can.


Types of Medicinal Mushrooms You Should Look for in Capsules

Each one of our mushroom capsules contains 240 capsules per bottle.


To sum things up the four most popular types of mushrooms have the following benefits:

Whole Fruiting Body Vs. Mycelium on Grain: What's the Difference?

When purchasing any mushroom supplements, pay close attention to the actual ingredients.

Some manufacturers have a habit of using "mycelium on grain" rather than the whole fruiting body.

What does that mean?

Manufacturers grow the mycelium on pieces of grain- like brown rice, rye, oats, or other cereal grains.

Mycelium is the vegetative part of the mushroom that you wouldn’t even recognize as a mushroom or fungus if you saw it.

Instead, you want mushroom powders made from the whole fruiting body.

That's the part of the mushroom that creates spores. It also holds more bio-available antioxidants and phytonutrients.

High-quality manufacturers will extract vital nutrients from the whole fruiting body with hot water, dry the powder, and  encapsulate it.

Your body can't break down certain pieces of the mushroom cell walls, so hot water extraction is necessary.

When companies stuff their products with mycelium on grain, not only are you getting fewer nutrients, but most of your product is brown rice filler.

Manufacturers don't extract the mycelium from the grain, they grind all of it up together and capsule it.

Mycelium can go by many names including cultured oats, freeze-dried brown rice, or mycelial biomass.

Bottom line- you want mushroom extracts that are actually made from mushrooms- so be sure to read the ingredients!

However, your dosage really depends on your personal health needs.

As always, you should contact a healthcare professional to discuss how much mushroom capsules you should take each day.