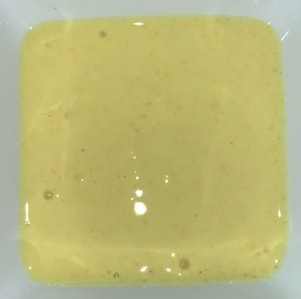 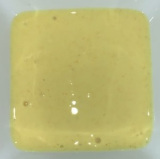 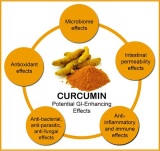 MAF-ONE contains an updated version of our standard colostrum GcMAF Yoghurt and now contains a complex of over 50 Bacteria strains and beneficial yeasts. Added to this is Whey protein isolate and organic Turmeric powder for added benefits.

The Yoghurt produced from Turmeric Ferment MAF-ONE contains essential probiotics to restore healthy gut function, digestion and immune health. These probiotics work synergistically with each other and are blended in specific ratios to ensure maximum benefits.

Powders contained in the Turmeric Ferment MAF-ONE yogurt kit are very stable, they can be shipped without refrigeration for many weeks without loosing their activity at a cool room temperature.

It is recommended for maximum activity the Turmeric Ferment MAF-ONE yogurt kit be stored in the refrigerator to avoid high temperatures and humidity (do not freeze).

The fermentative process resulted in an increase in antioxidant activity. Plasma antioxidant concentration was higher in rats administrated Turmeric Ferment MAF-ONE than other turmeric products, at all the time points. The results indicated that the fermentative turmeric possesses better bioavailability and in accordance with the concentrations of polyphenolic compounds in plasma.

A study in the International Journal of Food Science and Technology found the bioavailability of curcumin increased when it was fermented. During digestion, curcumin transforms into different metabolites. It is these metabolites that can be easily absorbed by the body, rather than the whole curcumin molecule.

Curcuma longa L. is a well-known medicinal plant that has been used for its anti-cancer, neuroprotective, and hepatoprotective effects. However, the neuroprotective effect of fermented C. longa (FCL) is not well known. Therefore here we will look at the effectiveness of Fermented Curcumin for the regulation of memory dysfunction was investigated in two brain cell lines (rat glioma C6 and murine microglia BV2) and scopolamine-treated mice.

The present study was conducted to reveal the in vitro protective effects of Turmeric Ferment MAF-ONE against tert-buryl hydroperoxide (t-BHP)- and hydrogen peroxide (H2O2) in C6 cells and LPS in BV2 cells, as cell models of memory impairment. In addition, the in vivo protective effects of Turmeric Ferment MAF-ONE were investigated in a scopolamine-induced amnesia animal model by behavioral and immunohistochemical analysis.

Cognitive impairment, declining learning ability and memory, are common symptoms in age-related neurodegenerative diseases including Alzheimer’s disease (AD), Parkinson’s disease, and stroke. AD is the most common cause of dementia, accompanied by the deposition of amyloid plaques and neurofibrillary tangles. In normal brain function, glial cells, including astrocytes and microglial cells, play critical roles in supporting and protecting neurons. Glial cells are abundant in the hippocampus and cortex, which control the ability for learning and memory. When glial cells (e.g., rat glioma C6, microglial BV2) are activated by free radicals, inflammatory process is initiated, resulting in the death of neuronal cells by the production of pro-inflammatory and neurotoxic factor such as inducible nitric oxide synthase (iNOS), cyclooxygenase-2 (COX-2), and several cytokines. C6 and BV2 cells have been extensively used as cell models of neurotoxicity to investigate responses to pro-inflammatory cytokines, lipopolysaccharide (LPS), and oxidative stress for searching new candidates.

Recent studies have suggested that the brain levels of acetylcholine (ACh), a key neurotransmitter for normal cognitive function, are increased through inhibition of its metabolizing enzyme, acetylcholinesterase (AChE). Thus, AChE inhibitors such as donepezil increase cholinergic activity to relief the cognitive symptoms of AD.

Administration of scopolamine, a potent amnestic agent, in animals blocked the central muscarinic acetylcholine receptor and impaired learning and memory functions. The scopolamine-induced amnesia model is commonly used for screening memory enhancing drugs. Moreover, previous genetic studies have demonstrated that the activation of the cAMP-response element binding protein (CREB) plays a critical role by turning on the molecular switch of the brain-derived neurotrophic factor (BDNF) for long-term memory formation. At the same time, BDNF production is also induced by the activation of CREB. A decline in BDNF levels is observed in patients with AD, suggesting that CREB signaling and BDNF expression are associated with normal cognitive function.

Curcuma longa L. (Zingiberaceae family) has been widely used as a folk medicines as well as a spice in Asia, especially in India, and curcuminoids such as curcumin, demethoxycurcumin (DMC), and bisdemethoxycurcumin (BDMC) are known to be the major components present in its rhizome. Curcumin is the most well-known and extensively studied curcuminoids for its anti-oxidant, anticancer, anti-inflammatory, neuroprotective, and hepatoprotective properties. Although C. longa has various pharmaceutical properties, little information is available regarding the effects of fermented C. longa (Turmeric Ferment MAF-ONE) in improving memory and treating neurodegenerative conditions.

This study was conducted to reveal the in vitro protective effects of Turmeric Ferment MAF-ONE against tert-buryl hydroperoxide (t-BHP)- and hydrogen peroxide (H2O2) in C6 cells and LPS in BV2 cells, as cell models of memory impairment. In addition, the in vivo protective effects of FCL were investigated in a scopolamine-induced amnesia animal model by behavioral and immunohistochemical analysis. This study shows effectiveness of FCL (Turmeric Ferment MAF-ONE ) against neurodegenerative conditions in vitro and in vivo.

1. Slowly heat and stir 1 litre whole Cow’s milk until it starts to boil and foams up.

2. Cool to room temperature without stirring.

Remove skin (casein) that has formed on top and discard it.

3. Add packet to cooled milk, using a whisk to mix the milk and powders together.

4. Pour the mixture into a jar/bowl and cover loosely with kitchen foil, place in a

warm place or use yogurt or heating pad.

7. In cooler weather you may need to leave the yogurt for 48 hours until it thickens.

8. Stir yoghurt and transfer a clean jar or container and refrigerate for 2 hours

before consuming and keep refrigerated. Consume within 2 weeks.

The products and statements made about specific products on this web site have not been evaluated by the United States Food and Drug Administration (FDA) or the TGA and are not intended to diagnose, treat, cure or prevent disease. All information provided on this web site or any information contained on or in any product label or packaging is for informational purposes only and is not intended as a substitute for advice from your physician or other health care professional. You should not use the information on this web site for diagnosis or treatment of any health problem. Always consult with a healthcare professional before starting any new vitamins, supplements, diet, or exercise program, before taking any medication, or if you have or suspect you might have a health problem. 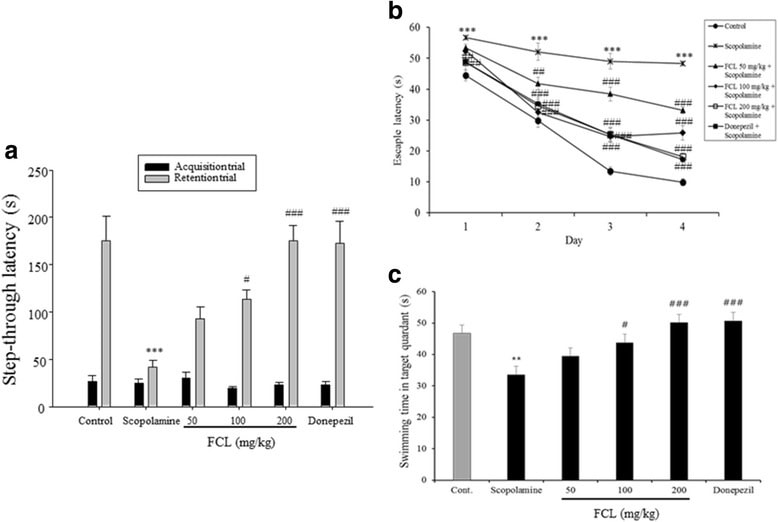 ​Effects of FCL (MAF-ONE TURMERIC FERMENT) on scopolamine-induced memory deficit in step-through passive avoidance test (a), and escape latency during the training sessions (b) and swimming time during the probe trial session of Morris water maze test during four days (c).FCL (MAF-ONE TURMERIC FERMENT​) or donepezil (5 mg/kg, p.o.) was administrated 60 min prior to the acquisition trial or the first training trial of each training day. Scopolamine (1 mg/kg, i.p.) was injected 30 min after the drug administration. Data represent means ± SEM (n = 8). ** P < 0.01 *** P < 0.001 as compared with the control group. # P < 0.05, ## P < 0.01 and ### P < 0.001 as compared with the scopolamine-treated group

On the day following the last training trial sessions (probe trial test), swimming times within the target quadrant in the scopolamine-treated groups were significantly lower than those in the vehicle-treated control group. In addition, the reduced swimming time in the target quadrant was reversed by administration of FCL (100 and 200 mg/kg) and donepezil. Thus, there were significant group difference in the swimming time. The results of the behavioral tests suggest that FCL (Turmeric Ferment MAF-ONE) pretreatment improved the long-term memory in the scopolamine-induced amnesia mouse model.
​